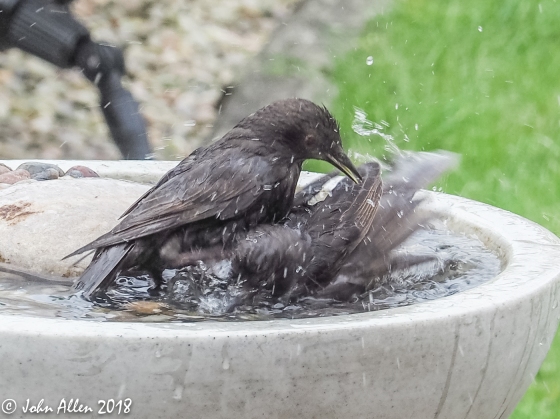 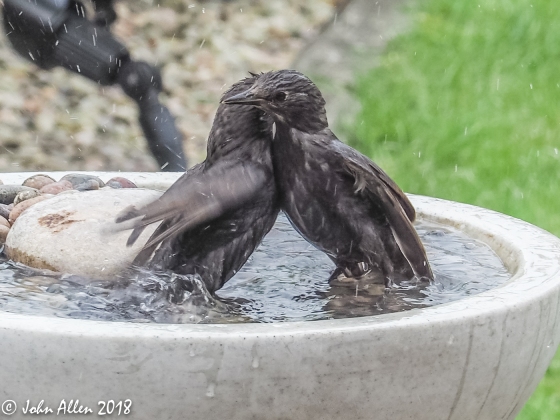 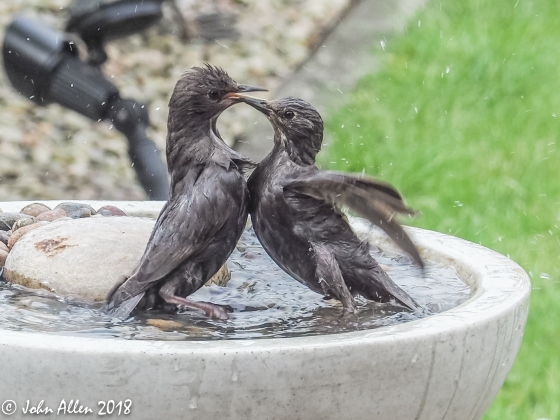 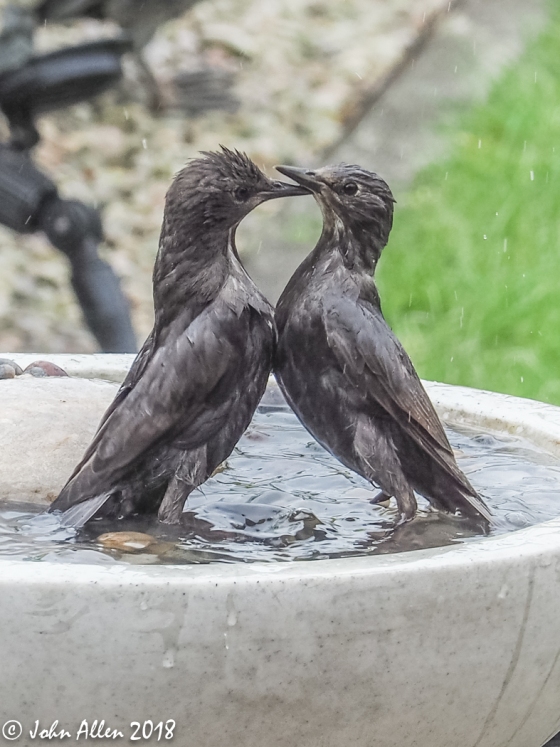 Last month a group of photo club friends and I had the opportunity to photograph owls – and a goshawk – in a bluebell wood. These are some of my images.

All were taken on the Olympus EM-1 MkII. The most challenging shot was the tawny owl in flight. We had several goes at this – but owls, being owls, fly quite fast and not usually in a straight line. Tracking the bird in flight, even as it heads towards you, is not so simple!

I tried continuous focus ( or whatever your camera maker calls it ) where once in focus the camera should hold the focus on a moving object, as long as the target doesn’t move outside the selected focus point(s). I gave up.

I took to manually focussing on a point about halfway between the bird’s starting point and myself, and setting the camera on high speed sequential shooting, knowing that if I could follow the owl it would have to fly through my elected ‘plane of focus’. And it does work although you land it up with lots of out of focus shots, plus one or two ( maybe three ) that are just about in, and, with a bit of luck, one that is sharp!

On the day the light was not brilliant under the canopy of trees so a higher ISO was required, and, looking back, the lens I chose ( 40mm – 150mm [ 80 – 300 35mm equivalent ] ) was a touch too short resulting in the owl being a bit small in the frame. And I don’t have too many pixels that I can afford to throw away in a crop.

Having said that, it was a great experience. Many thanks to Robin and Derry our hosts ( and photographic advisors ) for the afternoon. 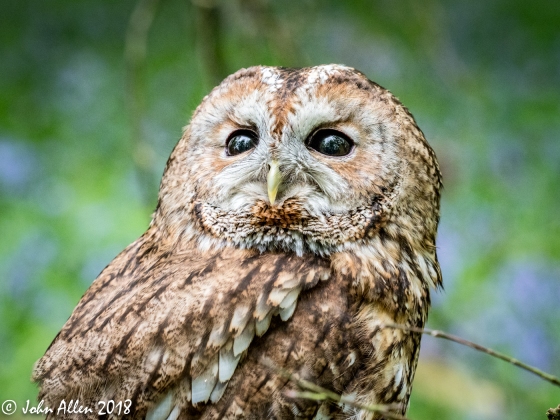 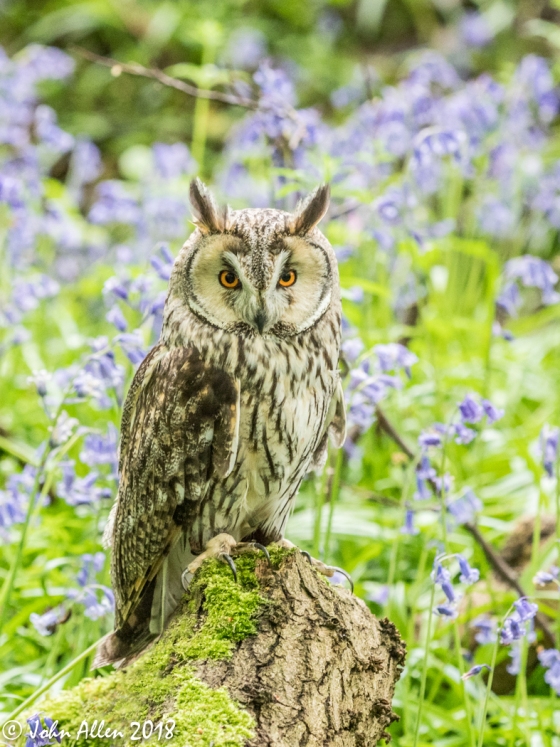 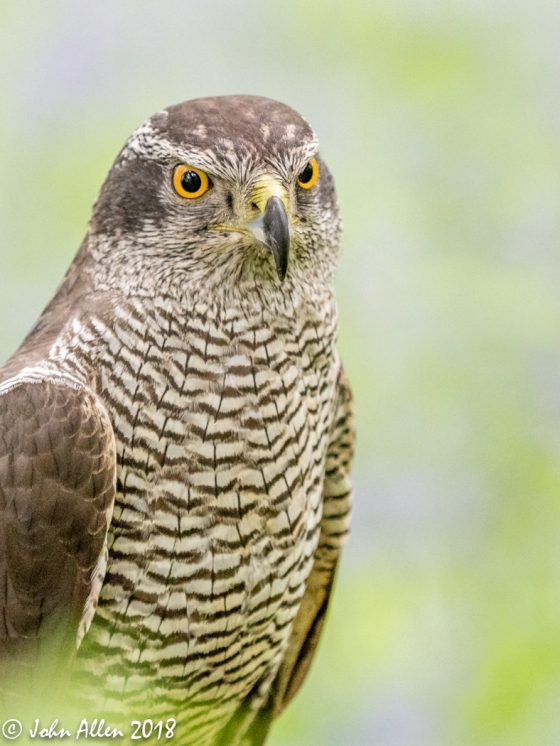 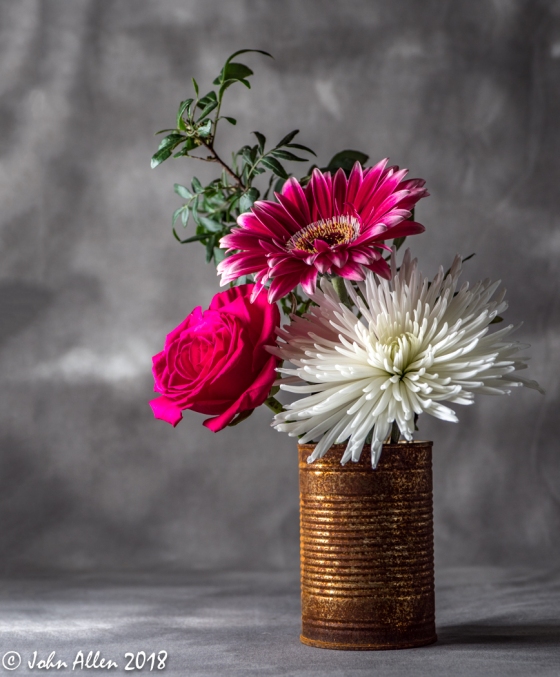 Here I was looking for the contrast in textures and colours – mainly between the old food can ( six weeks in the garden, filled with water, to make it go rusty ) and the beauty of the flowers. But I think the muted, soft tones of the background also help.

Key, of course, is the lighting which really makes the image pop – although, at the same time, it is subtle and not overdone. One strobe with a soft box as the main light ( from the left ) and a second light, also softened,  overhead to light the background.

Another image from our recent trip to Cornwall, deep in the south west!

I thought long and hard about the ‘crop’ I have used in this image. I think it is very nearly all of the image as it came off the camera.

However, many would say there is too much sky, or too much beach in the foreground. Their argument being that neither adds much to the image. But I disagree : those extra elements tell of the space around the harbour; they hint at the light ( something that has attracted artists and photographers for many years ); but more importantly they remind me of the feelings of space, freedom and tranquility that I felt here.

A letterbox crop, showing just the buildings, the pier and the lighthouse, would have destroyed all of that. Only my opinion, of course!!